CBSE Class 12 Toppers: From Law to Psychology, Here’s What Toppers Are Aiming For

Medicine and engineering are no more the only fields for high-scoring students. Here are toppers from the Central Board of Secondary Education (CBSE) who are all set to start their professions in humanities, law, psychology among other streams.

Archita Mathur is a humanities student from Amity International School, Noida who has achieved 99.2 per cent in class 12. She has scored 99 in English, political science, psychology, and history and 100 in economics. She has appeared for the CLAT exam where she got an AIR of 223 and now will opt for one of the top NLUs in the country. She aims to become a lawyer. Her father is a Chartered Accountant while her mother is a homemaker. Her brother is currently pursuing PhD in the US.

Archita said online classes helped save time as she no longer had to travel to school, hence she got extra time to prepare for CLAT. “I have always loved political science, and enjoy participating in debate competitions and Model United Nations. I am also curious by nature which leads me to question established viewpoints,” says the law aspirant.

Devanshi Agarwal achieved 99%, Aims to be a clinical psychologist Devanshi Agarwal has scored 99 in all her subjects including history, political science, economics, psychology, and English. A student of Delhi Public School Indirapuram, she has secured 99 per cent in the CBSE class 12 boards. She aims to pursue psychology and has applied at Delhi University. Her mother is a life skill trainer and her father is a businessman.

“In India, mental health is a taboo, and still remains a less talked concerning topic. I think certainly with more accessibility to psychologists, awareness can be developed among the youth and the general population. Additionally, this pandemic has taught us to prioritize our mental health,” says Archita. Haimavatinandan Pati, a student of ODM Public School, Bhubaneshwar has scored 99 per cent. He has achieved 99 in English, math, physics, 97 per cent in chemistry, and 98 in biology. He has appeared for the engineering entrance exam JEE Main in February, March, and April sessions. He scored above 95 percentile in both the February and March sessions. He also plans to sit for the medical entrance exam, NEET scheduled to be held in September.

His father is a physics teacher at ODM Public School and his mother is a homemaker. Regarding online classes, he says he enjoyed the classes. 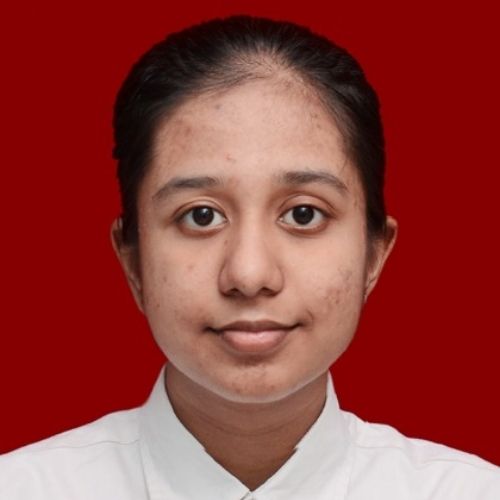 Shubhhi Singh, a student of DPS Indirapuram has scored 99.2 per cent. She has achieved 98 in English, 99 in physics and chemistry, 100 in math and economics. She is also preparing for the IIT entrance exam — JEE Advanced. She has appeared for the JEE Main February, March, and April sessions wherein she secured 99.7 percent in the February session, and 99.81 per cent in the March session.

Shubhhi needs to study aerospace engineering and needs to opt for one of the top IITs. Her aim is to get a seat in either IIT Delhi, Bombay, or Madras. She also took JEE preparation classes from FIITJEE for the entrance exam along with her last two years in school.

“I remember looking up in the night sky as a kid dazzled by the magnificence of the shimmering stars. It was at that moment that I decide to devote my life to understand the mysteries of this universe,” says Shubhhi on why she has chosen aerospace engineering as a profession.

Her father is the managing director at a medical company and her mother is a professor at Indraprastha Engineering College. When asked concerning her online learning experience, she says, “It was really exciting in the beginning but eventually became dull. We gradually understood that the situation demanded online classes and we had to perform our best. As the interaction was limited between students and teachers, self-study becomes a very significant component when it comes to online education.” Anushree Prasad, a Humanities student from Amity International School, Vasundhara has scored 99 per cent in her class 12 boards. She has scored 99 in all of her subjects — history, political science, economics, and English.

She is planning to pursue law and has appeared for the CLAT 2021 exam. “Law has always seemed fascinateing and I have always been fascinateed in social studies so I was sure that I will take humanities,” says Anushree. While her father is a businessman, her mother is a homemaker.